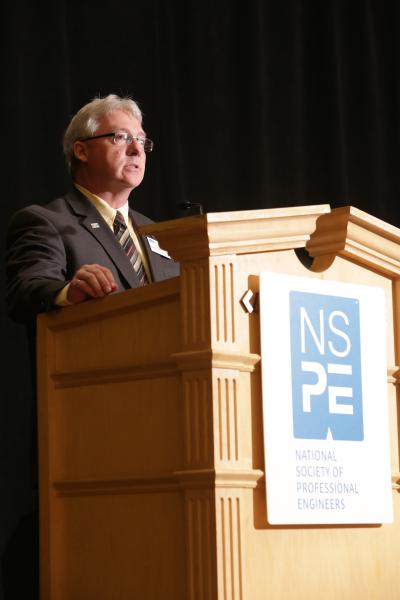 Every year in July, MEA sees the peak of its natural surroundings: Cherry Creek Reservoir is bustling with visitors and its green landscapes peek out to us on our commutes, and our trees reach their fullest beauty, providing a welcome life to our office area.  But perhaps the most fun for our team is the influx of animals, as our resident rabbits, squirrels, and ducks (our President’s favorite of the three) come out into the open.

This July, however, we missed out on some of this gorgeous Colorado scenery as we traveled to the National Society of Professional Engineers yearly conference in Las Vegas, NV.  Our team managed to balance work and play as we attended seminars, networked with others in our field, and celebrated the importance of licensure.  Though we explored a wide diversity of topics and concepts, we also had our fair share of fun, including the fundraising bowling, and a tour of the water pump system for the Bellagio’s famous fountain show.  Not only did this event build our knowledge and inform us on the trends in engineering, it ultimately pushed us in the direction of interacting with clients more professionally, as well as producing more effective products. 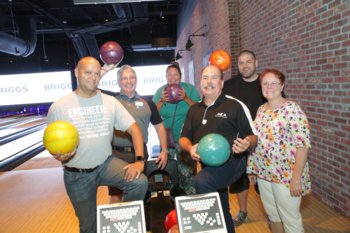 This conference was special for MEA in a different way, however.  At this conference, our Vice President and Co-Founder, Michael Aitken, was inducted as the national NSPE President for the 2018-2019 year.  This position truly reflects his service to both NSPE and to the field of engineering as a whole.  Michael has been a member of NSPE since 1999, and has served the organization in many different roles.  Locally, Michael served the local chapter as a member, before becoming the chapter Vice President in 2012, the chapter President in 2013, and the chapter Past President in 2014.  From here, Michael moved on to serve the larger community of professional engineers, serving as the South West Regional Director for the 2015-2016 year, overseeing Colorado, Wyoming, New Mexico, Oklahoma, Texas, Louisiana, and Arkansas.  This new position reflects his national involvement, having been elected the national Vice President in 2016, and President Elect in 2017.  During this time, Michael has also been granted the title of NSPE Fellow and was inducted into the Order of the Engineer.

Michael took this opportunity to speak about his vision for NSPE, and in the course highlighted some of the most important values we as a firm have.  In his first publication in PE Magazine, Michael spoke about his driving value: trust.  He highlighted that trust is something earned, and that the goal of each person should be to be trustworthy.  In his induction speech, Michael built upon this idea, looking at what trust means for such a society, highlighting the elements of responsibility, respect, and inclusivity that this commitment to trust involves.  Here at MEA, we could not be prouder of him or of his message, which we aim every day to imbue within our own business practices.  Congratulations Michael, this is a truly remarkable achievement.